When it comes to exploring different places, the choices are numerous. Whether you like peaceful destinations or vibrant landscapes, we have offers for you.

US$4190 / per person
This tour covers the natural highlights of Northern Argentina.
12 Days / 11 Nights 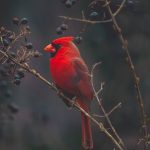 US$1980 / per person
An authentic bird watching experience throughout the Salta Region.
7 days

US$5690 / per person
This package has been designed to provide an in dept insight into the culture, nature and landscapes of Argentina & Uruguay.
20 Days / 19 Nights

This bird-watching holiday in Northern Argentina takes you to one of the country’s less visited regions, where stunning landscapes and rich and varied bird life are par for the course. In the majestic Andes you’ll see condors flying high above snow dusted peaks and brightly colored flamingos in mountain lakes; while the thick cloud forest brings groups of tanagers and furnariids.

This is a private, tailor made tour, and you’ll be accompanied by a full time, bilingual expert local wildlife guide. The price includes all meals, accommodation and drinking water as well as private transport in an air-conditioned 4WD car and entrance fees for national parks and reserves. The tour can be easily combined with one of our other nature and wildlife tours to make a bird and animal watching extravaganza. As this is a tailor made tour, we are happy to discuss any individual travel requirements over the phone. 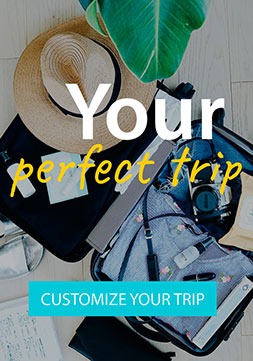 You don't have permission to register

The tour begins this morning with a flight of about two hours to Salta city located in the northwest corner of the country. After arrival, a short drive into the surrounding mountains will take us to San Lorenzo village and our hotel of strategic location here for three nights. The surrounding gardens are worth birding with abundance of resident species such as Sayaca Tanager, Brown-capped Redstart, Tropical Parula and White-bellied Hummingbird plus a number of migrants including Small-billed Elaenia, Smoke-colored Pewee and Piratic Flycatcher.

After dinner we take a short visit to the Huaico Reserve in search of the localized Hoy´s Screech-Owl and possible Scissor-tailed Nightjar. Overnight at Selva Montana Hotel.

An early start with a short drive to the Huaico Reserve protecting Yungas Cloudforest that covers the slopes of San Lorenzo. Here we plan to spend the morning walking along well-maintained trails in search of forest birds such as Yungas Dove, Barred Forest-Falcon, Dusky-legged Guan, Ocellated Piculet, Dot-fronted and Cream-backed Woodpeckers, Mitred Parakeet, Scaly-headed Parrot, Slender-tailed Woodstar and the rather confiding Gray-necked Wood-Rail.

After picnic-lunch in the Reserve we drive east and northwards to yet another protected wetland. An amazing abundance of waterfowl concentrates in this lagoon including the rare Comb Duck, Rosy-billed Pochard, White-cheeked and Brown Pintails, Speckled and Cinnamon Teals, Brazilian and Lake Ducks, White-faced Ibis, White-tufted and Pied-billed Grebes, Spot-flanked Gallinule, Coots, Herons and Storks. The reeds and rushbeds give shelter to occasional Wattled Jacana, Snail Kite and Wren-like Rushbird, while the surrounding thickets will provide chances for the attractive Lined Seedeater, Black-and-Chestnut Warbling-Finch, Golden-billed Saltator and many others. Overnight at Selva Montana Hotel.

Early morning departure northwards along the ancient road between Salta and Jujuy to reach the forest again at the Santa Laura mountain pass. We will check several good spots where we hope to find a couple of Red-legged Seriema and the elusive Huayco Tinamou. Surrounded by idyllic countryside and deep-blue lakes we will spend the morning exploring the whole area by giving opportunistic stops and several short walks in search of a fine variety of birds characteristic of open wetlands and Yungas forest, including Golden-Olive and Golden-breasted Woodpeckers, Whistling Heron, Wattled Jacana, Southern Caracara, Roadside Hawk, Plush-crested Jay and Ringed Kingfisher.

Our drive today will take us over the mountains north into Jujuy province and the famous Yala Valley where we plan to check the cordilleran streams in search of the striking couple of Torrent Duck and the localized and scarce Rufous-throated Dipper. Overnight at our Hosteria in Yala.

Morning devoted to explore the Yala valley again in search of new species and/or missing targets from previous day that will very conceivable include Rust-and-Yellow Tanager, Crested Oropendola, Rothschild´s Swift, the scarce Red-faced Guan or the never predictable Rufous-throated Dipper.

Typical birds of this narrow section of Yungas forest will include Crested Becard, Black Phoebe, Yellow-browed Tyrant, Slaty and Highland Elaenias, Streak-throated Bush-Tyrant, Andean Tyrant, Smoke-coloured Pewee and Fawn-breasted Tanager, amongst many others. In the afternoon we drive back to San Lorenzo exploring a new section of Transitional forest along a high valley surrounded by mountains where we hope to spot several Vultures and Hawks soaring around, plus Dusky-legged Guan along the edge of the water courses, Andean and White-collared Swifts flying over the cliffs and the remarkable Red-legged Seriema foraging in the tall grass. Overnight at Selva Montana Hotel.

Early departure for a full day excursion to Los Cardones National Park protecting spectacular cacti-clad slopes and towering peaks rising to more than 5,000 metres. Andean Condor can be found soaring over the ridges or just below us along deep valleys, whilst herds of Guanacos run across the puna grassland. The unpaved winding road climbs up the Escoipe Canyon to 3,500 metres where Variable Hawk, Aplomado Falcon, Andean Flicker and Rock Earthcreeper are all possible.

The vegetated gullies support Brown-capped Tit-Spinetail, Yellow-billed Tit-Tyrant, White-winged Black-Tyrant, Black Siskin, Rusty Flower-piercer, Rufous-sided Warbling-Finch and the scarce Rufous-bellied Saltator. We will spend some time walking through areas where we hope to find Canasteros, Seedsnipes and Ground-doves. Flowering tobacco bushes attract the striking Red-tailed Comet and Giant Hummingbird while Andean Tinamou can be spotted on the slopes.

We plan to spend a few hours exploring by trails along the Enchanted Valley in search of Zimmer´s Tapaculo, Andean Hillstar and the rare endemic Tucuman Mountain Finch. Later we proceed driving across the Los Cardones National Park and along the Tin-Tin valley towards Cachi and our comfortable hostal there for one night after an unforgettable journey in these mighty Andean ridges. Dinner and overnight at La Paya Hostal.

Part of the morning will be devoted to walk and bird the surroundings of La Paya with great views of the Calchaqui Valley and the imposing snow capped Cachi Mount. Flocks of noisy Burrowing Parrots will be find near the crop fields while couples of White-fronted Woodpecker can be spotted atop Cactus Trees. The long list of possibilities to add to our checklist today includes Cliff Flycatcher, Checkered Woodpecker, Harris´s Hawk, Long-tailed Meadowlark, White-browed Blackbird, Spectacled Tyrant and the endemic Cinnamon Warbling-Finch. Later we start retracing steps back to Salta and will use the rest of the day for enjoying the Andean scenery while looking for any bird we might be missing from yesterday. Also, we will visit the high puna steppe at Los Cardones National Park where there is good chance for finding Ornate Tinamou crossing the road and the scarce Tawny-throated Dotterel running along the short grass. We might be running short in time but we aim to stop at a couple of good spots where the endemics White-throated Cacholote and Sandy Gallito can be found. Descending along the Escoipe Canyon can be quite a unique experience and will provide unforgettable vistas of the Andean landscape. Our last night of the tour will be spent at the Selva Montana Hotel.

A final morning spent visiting the Huaico Reserve. After lunch and check-out from hotel we take a transfer to the local airport in Salta in time for our early afternoon flight to Aeroparque in Buenos Aires.
Transfer to airport to take flight to Iguazu Falls.
Departure: tba